HYPNOSIS/HYPNOTHERAPY IN AUSTRALIA - 2016 AND BEYOND

I’ve been in the hypnosis profession for 26 years. I can walk my talk and have left my hypnotic mark here in Australia and many other countries. I guess I could say I earned my stripes. However my direct and straight forward ways have kept me out of the politics within the hypnosis community. I was the President of the Western Australian Hypnosis Association for about a week in 2002, until somebody else could be voted into the position. I’ve sat back sometimes in bemusement and sometimes in anger and annoyance at the hypnotherapy profession in Australia and mostly rowed my own boat as the profession seemed to bob like a cork in a stormy sea.

Michael Werts, is endowed with the appropriate skills and diplomacy to steer TAHA and keep it on an amiable and successful course. Michael proved this when he was the President of The Western Australian Hypnosis Association (WAHA), which later became the Professional Hypnotherapists of Australia (PHA). The reason we’ve formed this alliance is to give ALL hypnotists/hypnotherapists of any level or modality of training and experience, or even none at all, a place of unity, respect, comradery and learning. As you will see when you read the pages of this site, it’s about giving back; not only to hypnosis and those within the profession, but also to other deserving causes.

After so many years as a professional hypnotist/hypnotherapist, it’s interesting and sometimes a little disconcerting to see where the profession has arrived during its evolution. As the founder and the principle of the longest established (same owner) hypnosis training academy in the country, I consider I have a right and the appropriate knowledge to write this page.

When I first began my career from an office in Brisbane in 1993, I had the advantage of there not being too many hypnotherapists and then ones that were around lived under a dramatized fear that they could be imprisoned for practicing. The negative then was that the general public knew very little about hypnosis as a therapeutic modality and most thought it was all about mind control and being turned into a chicken. 26 years later the public perception has changed and therapeutic hypnosis has become an acceptable form of therapy.

Since the national de regulation I don’t think that the profession has advanced much at all and in some ways it has gone backwards. Despite all the hard work that many people have done trying to bring about some cohesion the profession remains fraught inconsistencies. As far as I can ascertain, the only way this has negatively impacted the public is that some people have paid good money for very little result when they visit an under trained or incorrectly trained hypnotherapist who can’t deliver the promised results.

I spent a lot of time and money fighting for hypnosis de regulation, paying for lawyers to protect students from legal threatening and I even cost the Western Australian Government a 3.9 million dollar penalty for dragging their heels on de regulation. There have been times when I wondered why I bothered and/or whether de regulation went too far in lifting limits of practice, as they way it stands now any person can buy a book, read it and hang up a shingle and away they go. It appears that the issue is not only relevant to Australia as a quick peruse of the internet will find about 100 world’s best, fastest, greatest, funniest, effective, most trusted hypnotists/hypnotherapists in the world, of which about 90 of them, nobody had ever heard of a few years ago.

There are a lot of good people within the profession who have tried to keep some sort of coherence in training and practitioner standards but at the end of the day it’s like an endless Tug O War and the only real influence any hypnosis associations have is over their own members and in some cases the bar has been set so high that to even bother applying for or maintaining a membership is akin to a futile nightmare. Now in 2016 many of the same rumours still abound as what did the day I first took a deep breath and went into private practice, so I would like to set the record straight.

Rumour number One. The Government is about to re regulate hypnosis.

Truth. The Federal Government is signed in to at least 4 international agreements that make it illegal and therefore almost impossible for hypnosis to be re regulated and from my investigations the Government is not really interested. I think they are more concerned about covering their bums after paying out countless millions to so called RTO’s in HECS fees until someone figured out that there are no paying jobs for hypnotherapists. That leaves a lot of people obligated to pay back those HECS fees for an almost worthless piece of paper. To me the whole thing is an expensive embarrassing mess, akin to the Insulation debacle of a few years ago. There is a set of standards that have been put in place by State and the Federal Government for practitioners of all allied health modalities which is the requirement of registration and the display of a telephone number for those who wish to register a complaint.

Rumour number Two. Soon only people with Government Accredited training will be able to practice hypnotherapy.

Truth. This is either a lie or a rumour put forward by some RTOs (Registered Training Organisations) to glean students and get them to sign up for the now non-existent HECs fees. In some cases the RTOs were bought by people with little or no experience in any kind of hypnosis at all, with profit being the primary motive. It was more about “The Business of Education” than actual education itself. As far as that leading to anything real, well refer to Rumour number 1. The end result is that a few academies are now closing their doors as the tap has been turned off and no person in their right mind is going to pay 7 to 20 thousand dollars to learn hypnosis.

Just as it was and has remained since the endless controversies during Mesmer’s days, arguments abound as to what hypnosis even is. There are Traditionalists, NLPers, Ericksonians and Conversationalists among others. To my mind becoming a hypnotist/hypnotherapist requires passion practice and persistence. You don’t become a professional because you attended a 3 day course and someone handed you an albeit worthless piece of paper that says you are and you certainly shouldn't be practising as a professional.

Rumour Number Three. You can get a private health provider number if you have Government accredited training or belong to an association.

Truth. This is indeed true, but its not as important as it sounds and has often been used as an upsell to students of hypnosis to sign them into expensive training courses. A quick investigation reveals that only a few of the private health funds will pay back anything and if they do it is usually a small percentage to members with top cover. If you go into business as a hypnotherapist expecting to rely on health fund payments you will need a lot of patience or a lot of venture capital

Rumour Number Four. You can’t get professional indemnity and Mal practice Insurance if you are not a member of an Association or if you haven’t completed Government Accredited training.

Truth. Any person who has completed adequate training with a recognised and registered training institution (usually to Diploma level) can get this insurance. We have a link right here on the site for appropriately trained associates to do so. If you have been told otherwise you have either been lied to or somebody didn’t do their homework.

Stage and Entertainment Hypnotists are Bad For the Image of The Profession.

Truth. These people were the around long before Milton Erickson coined the phrase hypnotherapy and great hypnotists such as Martin St James (R.I.P) did a lot of work fighting draconian legislation and keeping hypnosis alive. To my mind these men and women are the real hypnotists. They get an hour or two to walk their talk and they cannot do so if they haven’t got the required skills to select and hypnotise their subjects. Stage hypnotists are also acutely aware that the old adage “You cannot make anybody do anything against their will” is complete nonsense. Having said that, to gain mastery of those skills takes a lot more than downloading an internet training course or sitting in a class room 3 days reading books and listening to a lecturer, which is what most hypnotherapy therapy training seems to have become. So are people trained in the therapeutic models with little or no practical experience actually therapists or hypnotists? I would say mostly the former. In my opinion, anybody who wants to call themselves a hypnotherapist should be endowed with practical hypnosis skills, but entertainment hypnotists are almost demonised by many of the hypnosis associations and therefore locked out of any association memberships. I’ve done shows myself, always for charities and to be honest it’s a lot of fun for both the hypnotist and the audience. Hence, any stage or entertainment hypnotist is welcome to become an associate of TAHA.

There Are No Nationally Set Hypnosis Training Standards in Australia and despite persistent rumours it isn't likely that there will be in the foreseeable future. The training options available range from reading a book to completing a Diploma of Hypnosis/Hypnotherapy. I believe the latter is of course preferable, but all the belief in the world does not of itself necessarily make something true. The bottom line is that since the national de regulation, many (what I call carpet baggers) jumped into the hypnosis training business for the dollars and so individuals who were students one year were trainers the next. Common sense dictates that this situation is complete nonsense. Another consideration is - How can there ever be a national training standard if it can’t even be agreed upon what hypnosis actually is?

The best any person entering the arena of hypnosis, clinical or otherwise, can do is to learn and keep learning. Sorry you won’t become a so called Master Practitioner in a week, a year, or even 5 years. To become a master of anything is a lifetime endeavour. In spite of what a website might say or how many tickets one might hang upon themselves, if you can’t live up to your promises and walk your talk as a hypnotist/hypnotherapist then you won’t survive. It takes a lot more than doing a course and I can guarantee you that sadly you are not going to make a hundred and eighty thousand dollars a year and have the world beat a path to your door. If and when you choose hypnosis as a career, you’re starting a business. That alone takes its own talents and skills and twice as much money and time as your idealism or the semi promises of others might allude. It takes investment in both yourself and your business, it takes time, it takes training and it takes skill and talent.

So here is TAHA. No Judgement – No Unrealistic Expectations – No Rumour Mongering – No Favouritism - No Hoops To Jump Through. Everybody is welcome to become an associate as are all valid hypnosis training schools and institutions. What is required is that you stick to the few rules and show respect to all other associates. If you can do that you are welcome and we'd love to have you on board.

WELCOME FROM THE CHAIRMAN

WELCOME FROM THE CEO 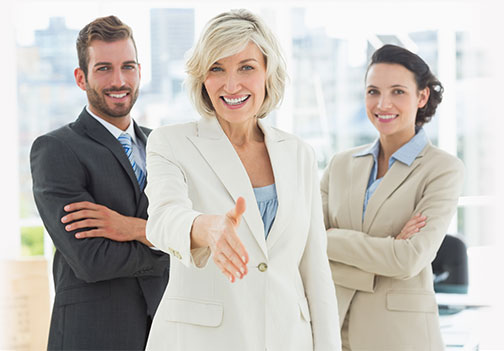 And then $97 automatically for every year after that

Click the button below to securely pay via PayPal. After you checkout you will be able to immediately access all the members-only content and create your listing.

Register as an Individual here